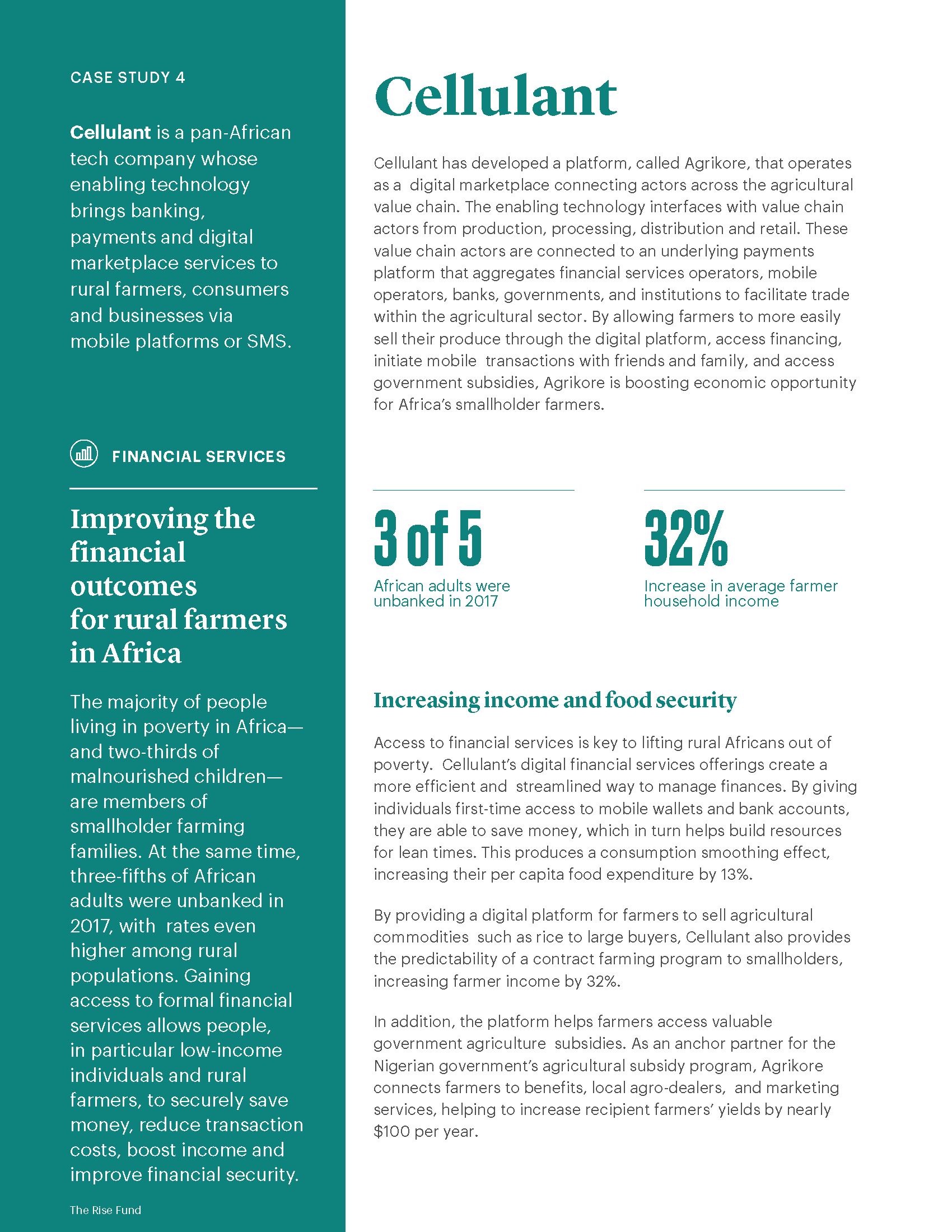 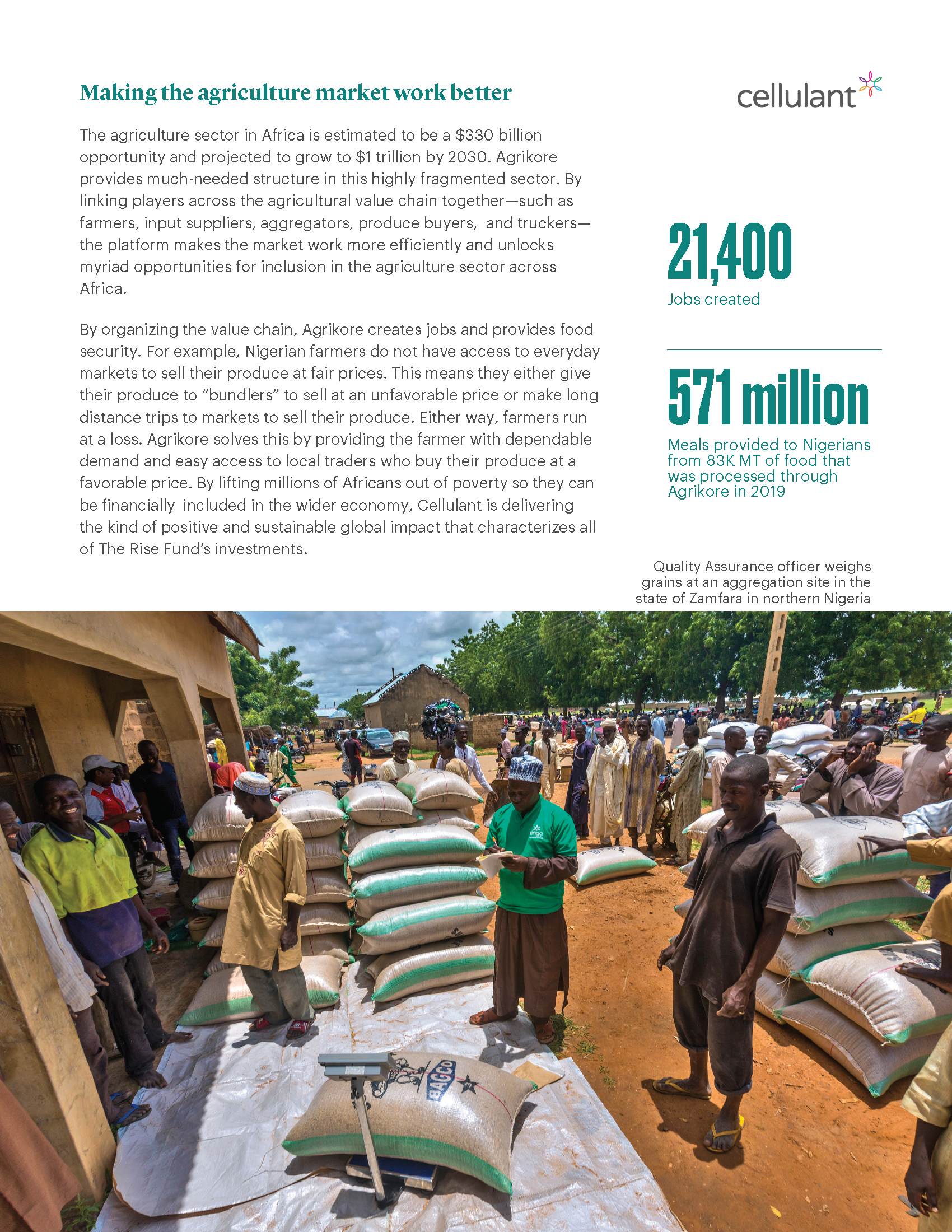 The majority of people living in poverty in Africa— and two-thirds of malnourished children— are members of smallholder farming families. At the same time, three-fifths of African adults were unbanked in 2017, with rates even higher among rural populations. Gaining access to formal financial services allows people, in particular low-income individuals and rural farmers, to securely save money, reduce transaction costs, boost income and improve financial security.

Cellulant has developed a platform, called Agrikore, that operates as a digital marketplace connecting actors across the agricultural value chain. The enabling technology interfaces with value chain actors from production, processing, distribution and retail. These value chain actors are connected to an underlying payments platform that aggregates financial services operators, mobile operators, banks, governments, and institutions to facilitate trade within the agricultural sector. By allowing farmers to more easily sell their produce through the digital platform, access financing, initiate mobile transactions with friends and family, and access government subsidies, Agrikore is boosting economic opportunity for Africa’s smallholder farmers.

Access to financial services is key to lifting rural Africans out of poverty. Cellulant’s digital financial services offerings create a more efficient and streamlined way to manage finances. By giving individuals first-time access to mobile wallets and bank accounts, they are able to save money, which in turn helps build resources for lean times. This produces a consumption smoothing effect, increasing their per capita food expenditure by 13%.

By providing a digital platform for farmers to sell agricultural commodities such as rice to large buyers, Cellulant also provides the predictability of a contract farming program to smallholders, increasing farmer income by 32%.

The agriculture sector in Africa is estimated to be a $330 billion opportunity and projected to grow to $1 trillion by 2030. Agrikore provides much-needed structure in this highly fragmented sector. By linking players across the agricultural value chain together—such as farmers, input suppliers, aggregators, produce buyers, and truckers— the platform makes the market work more efficiently and unlocks myriad opportunities for inclusion in the agriculture sector across Africa.

By organizing the value chain, Agrikore creates jobs and provides food security. For example, Nigerian farmers do not have access to everyday markets to sell their produce at fair prices. This means they either give their produce to “bundlers” to sell at an unfavorable price or make long distance trips to markets to sell their produce. Either way, farmers run at a loss. Agrikore solves this by providing the farmer with dependable demand and easy access to local traders who buy their produce at a favorable price. By lifting millions of Africans out of poverty so they can be financially included in the wider economy, Cellulant is delivering the kind of positive and sustainable global impact that characterizes all of The Rise Fund’s investments.